That time trusting my OBGYN nearly killed me, part 4

It was now Monday. I had given birth the previous Wednesday morning and had been discharged from the hospital on Friday. At this point, my body was in so much pain that I was having difficulty even walking on my own. If there was a railing or piece of furniture nearby, I could use that for balance, but, if not, I was relying on my husband to help me get around the house. My stomach hurt so much that I couldn’t stand straight up or even lay down without being in excruciating pain. I was hungry and thirsty, but my body would vomit whatever I tried to eat or drink. I was exhausted and was having difficulty catching my breath even though I was walking at a snail’s pace. My heart felt like it was beating out of my chest. But, you know what? My OBGYN told me this was all NORMAL, so I trusted them. I had just gone for an appointment at my OBGYN office that morning and had been prescribed Zoloft, so I was thinking maybe this was all in my head and the medication would make everything better.

My brother and sister-in-law were at the house when The Mister and I got home from the appointment. My sister-in-law is a nurse and was amazing enough to have brought the supplies to give me some IV liquids in my family room. I could literally feel the liquid running through and hydrating my body. It was amazing. We talked about what happened at the appointment and she  told me to go to the Emergency Room. (One of the things I love about her is that she is no-nonsense. She tells it like it is and that’s exactly what was needed in that moment.) They’d watch the kids and The Mister and I could head over and see if we could get down to the bottom of whatever was going on. I didn’t want to go to the hospital again. I had already been turned away multiple times, my doctors thought it was all in my head, and I just wanted to spend time with my newborn and my toddler. I was tired. I wasn’t ready to give up just yet, though, so The Mister and I got in the car and drove over. Again.

The Mister walked me in and helped me to get into a wheelchair before he went back outside to park the car. (Looking back, why the heck don’t they have someone available to either help people into the ER or park a car?!) We put my name was on the list and, hopefully, I’d be seen soon. It felt good to sit down again, but it was so hard to breath that I felt like I was going to pass out from not getting enough oxygen. Honestly, at this point, I was kind of actually hoping I would pass out so that I could get some relief from all the pain I was in. Crazy, I know. My mind apparently wasn’t working as it should have been, either.

The Mister came back inside from parking the car and I had him request someone get an oxygen mask for me. It helped, but breathing was still a struggle. I felt humiliated. Was I blowing this all out of proportion like my doctors thought I was? What were people thinking as I sat in the waiting room, in a wheelchair, with an oxygen mask on? I was doubting myself and felt horrible for inconveniencing so many people because I didn’t feel well.

I don’t know how long we sat in that Emergency Room. It was enough time to have to use the bathroom at least 2 times. I remember that. The Mister had to help me with the ENTIRE process. TMI, but it just took too much energy to use the bathroom by myself. I felt so helpless. Just days before, he had watched our new baby come out of me, so I was vulnerable then, but at least it was a happy moment. Having to have him help me use the restroom brought that to another level.

I honestly don’t remember how much time we spent in the waiting room, but it was too long. Every breath was a struggle. It felt like someone was squeezing my throat every time I tried to take a breath. I just felt exhausted and ready to give up. I felt defeated. I just wanted relief and to spend time with my new baby.

My name was finally called and The Mister and I went back. They probably asked me questions and such beforehand, but I don’t remember a single bit of that. I do remember that they put me on a bed…in the hallway. All of of the rooms were filled up with other patients, so The Mister and I got to spend the next few hours in the brightest and loudest hallway ever. I was given an IV and got hooked up to more liquids. At least the staff here believed me when I said I was dehydrated, unlike when the midwife told me, at my appointment earlier that day, to drink water if I thought I was dehydrated. (her answer & ignorance still blows me away) I immediately felt better (though not 100%) as the liquids ran through my body.

We were in that hallway for what seemed like forever. The IV kept filling me up with liquids and I think they added an antibiotic of some sort. They had no idea what was going on with me, but I’m glad they started an antibiotic because, at that point, it could only do more good than harm, right?

At some point, we were moved into a room and ended up staying the entire night. Nurses would come in now and then to check on things, but I NEVER saw any of the doctors from the office I had been going to. Crazy, right? They’d see me for appointments when I was pregnant, deliver my child, but, as soon as the delivery has happened, they were apparently done with me.

The Mister had to leave the hospital the next morning to go take care of something (I have no idea what…probably get things for the boys), so I was at the hospital by myself. Sure, there were tons of other patients, nurses, and doctors there, but I had never felt more alone in my entire life. There didn’t seem to be any sort of urgency. Even though I was being given some antibiotics and liquids, I still felt horrible. I was on oxygen, but still had a heck of a time breathing. My heartbeat was so irregular and I still had a slight fever. My stomach hurt SO much. Aren’t people typically supposed to feel better once they get in a hospital?!

A few hours later, The Mister returned. My sister-in-law’s mom was with him, too (she, too, is a nurse). They were doing their best to be as normal as possible, but I could tell something was up. They knew something that I didn’t know. They told me that they were going to get me transferred into a different hospital. 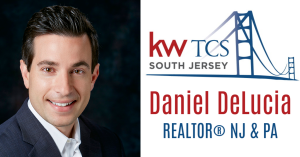