Our Visit to LEGOLAND Discovery Center in Philadelphia

We are not being compensated in any way for this post and paid for the entire experience on our own. All thoughts and opinions are those of our own and we were not influenced in any way.

Since the LEGOLAND Discovery Center opened in the Plymouth Meeting Mall last April, we’ve been wanting to go SO BAD! The boys love playing with Legos – they spend hours upon hours building and creating things. This ultimately leads to a bajillion Legos all over the floor for me to step on, but, ultimately, that’s a small price to pay for having my children be occupied for such a long time, amiright?

Anyways, the Mister had taken off a few days from work so that we could have some family time. The first day we spent sight seeing in Philly so, the next day, we decided to head over to LEGOLAND Discovery Center. I had found coupons online somewhere, so we were able to get the kids in for free. Currently, there is a deal on Groupon, so, check that out if you can! (side note, buy them through Ebates so you can save a bit more!). When you purchase your tickets online, you’ll need to select an arrival/entry time, so make be aware of the times while you’re making plans. The Plymouth Meeting Mall is only about 45 minutes or so from our house, so it wasn’t a bad drive at all.

We were super lucky to find a parking spot nice and close so we didn’t need to bring the jackets inside with us. I hate when we go indoors to shop or to an event and need to carry jackets around – it’s a pain in the butt – so always thankful for a close parking spot giving us the ability to just run inside. (judge all you want – I’m sure I’m not the only one that does this). We did have to pose in front of this giant giraffe really quick, though. The boys told me it’s a girl because of those long eyelashes and red lip and I completely agree with this reasoning.

When you go inside this entrance, there is a bathroom right by the door. Take all your people in that bathroom and get the last minute “I need to peeeeeee!!!” taken care of for everyone because, once you get inside LEGOLAND, there are bathrooms, but everyone will be too focused on having fun to realize they need to go until it’s an emergency.

The entrance to LEGOLAND totally reminded me of the Buzz Lightyear’s Space Ranger Spin ride at Walt Disney World. When we went to Disney earlier this year, Little Dude absolutely LOVED this ride, so experiencing a similar ride at LEGOLAND was pretty cool. You’ll wait in a short line and then sit in a lego train like this. There are sticks/wands inside each train and you’ll use that to aim for certain targets during a short ride to the official entrance of LEGOLAND. It’s pretty cool and I, honestly, would’ve happily ridden that ride 10 more times. It was that fun!

Once inside, I have to admit, I was feeling pretty underwhelmed. It seemed WAY smaller than I thought it would be. There were multiple Lego-building stations in this giant room, but, for whatever reason, I just always thought it would be bigger.

First, we took some time to visit the different Lego stations. Each one had some suggestion and tips for building as well as a PLETHORA of Legos. It was pretty sweet. It was tough to get (all) of the boys away from the stations, but I saw that they had a Lego building class starting soon in the Lego Creative Workshop, so we went over to get in line for that.

Once inside, we got a meet a Master Builder. Never heard of a Lego Master Builder? This article does a pretty nice job at describing it! Anyways, the children all sat around at tables to either side of the Master Builder. He handed out a container of Legos to each child and then he described what each one was called. That was pretty cool – I knew about pieces like “2×4” and “1×4,” but it was nice to learn about all of the names of the pieces we’d be using that day. He went through each step, one by one, to help all the kids build their very own little pumpkin patch scarecrow. It was pretty cool seeing the entire process explained, in person, step-by-step. All of the children were so focused!

After making the scarecrow, we walked over to the Lego 4D Cinema. You guys – this was SO cool!! We were handed 3D glasses on our way in and sat down to watch “The LEGO® Movie™ 4D A New Adventure.” If you like The Lego Movie, you’ll definitely enjoy this short film. Be prepared to get a *little* wet (it is 4D after all!) and don’t be surprised if your kids talk about this movie for weeks to come. Mine haven’t stopped chatting about it since!

There were 3 movies available for viewing at the Lego 4D Cinema. We only got to watch one movie, but, if your schedule allows, definitely watch all 3!

You know what happens after you and your kids are at a place for a while, right?? That phrase they repeat over and over and over again? They were hungry! Now, I was hoping to avoid having to purchase any food because it always seems that food at attractions is insanely overpriced, right? Luckily, I was pleasantly surprised at the pricing (and the meal options!) in the Coffee Shop & Cafe at LegoLand. The boys each got a meal with a personal pizza, a drink, a side AND a super cool 4×4 Lego box (I figured we could use it afterwards to store Legos in). The Mister and I each got an Italian hoagie, a bag of chips, and a soda. Everything was tasty AND fresh. We all finished lunch satisfied and with full bellies. We walked around and played with Legos some more before heading to the giant playground that the boys had been eyeing ever since we entered the room. Holy moly, let me tell you, this playground was amazing for helping

the boys to get rid of some energy. Your kids will love it! I appreciate that they had a staff member at the entrance, allowing only a certain number of kids in at a time. An attraction like this could very quickly become mass chaos without order, so it was nice that they were making this as safe as possible.

After the boys played in the playground, we headed over to see a HUGE Lego display depicting Center City Philadelphia. I mean, this was so cool. Just the day before, we had spent the day going to the Academy of Natural Sciences, walking around LOVE Park, and walking through the Cathedral Basilica of Saints Peter & Paul, and The Mister and I had no idea that LEGOLAND had this display. It really was amazing to have seen the actual sights and then to see everything created with Legos.

We had time for one more exhibit after the Lego Center City (because I had big plans to visit the Ikea nearby!), so we went over to the Lego Ninjago Training Camp. You guys, I’ve said it before, but this was SO COOL! First, you will stand in a short line (it moved quickly for us) before starting your “training.” Before you enter this small room, you’ll choose the level you’d like to try out. Then, when it’s ready, you step into the dark room and do your best to avoid the “laser beams” that run through the room. Of course, you’re racing against the clock, so you need to move quickly! It was very ninja/top secret agent feeling and the boys thought it was awesome. I was pleasantly surprised that we were able to go through the experience a few times in a matter of about 15 minutes.

When you’re ready to complete your Legoland experience, you exit the exhibits through a set of doors bringing you into their Lego store. From what I could tell, pricing was similar to big box stores, so it wasn’t like they were trying to take advantage of the situation. They did have some specials going on such as a free set with a $75 purchase, so that was a nice perk! This store is open to those shopping in the mall, as well, and is not exclusive to those visiting Legoland.

We definitely enjoyed our time at the Legoland Discovery Center and hope to go back again soon! If you’re in the area, or have another location near you, make an effort to take your family there – you’ll all have a great time!

Receive the latest and greatest family activities and offers in the area!

You have successfully joined our subscriber list. Make sure to add southjerseyfamily@gmail.com to your address list so you don't miss a message from us!

If you're expecting an email from us, but don't see it, check your spam box. We don't spam, but email filters can be crazy like that sometimes! 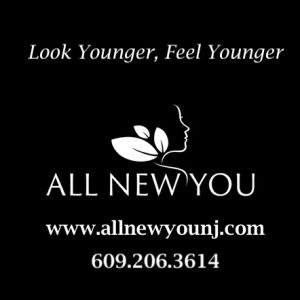