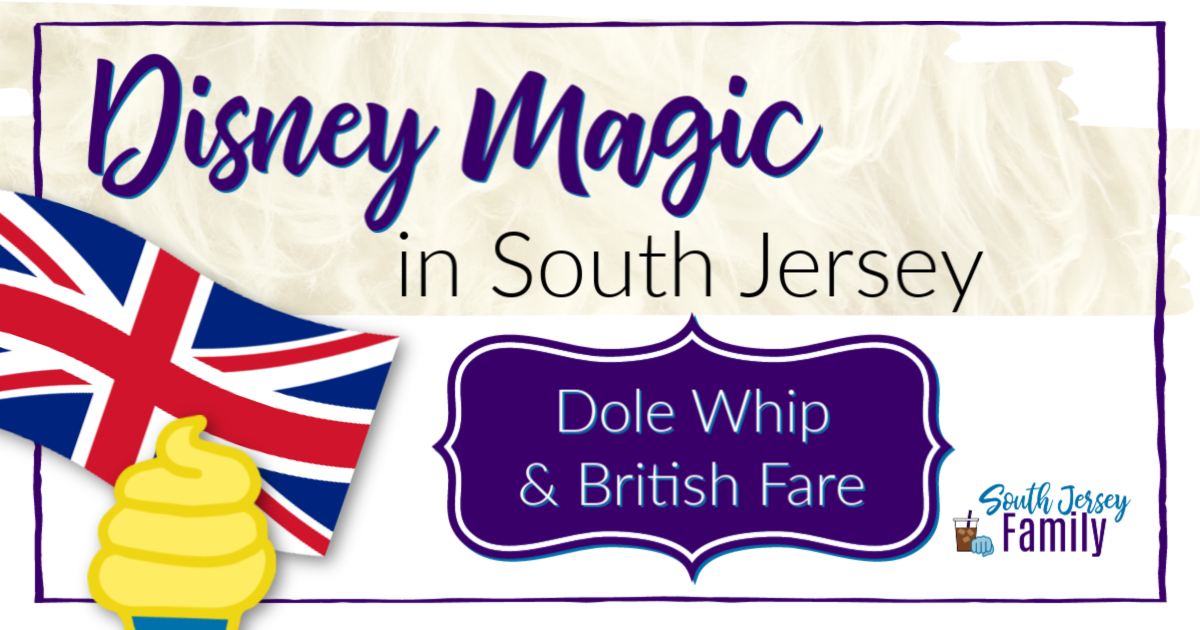 Disclaimer: South Jersey Family is, in no way, associated with the Walt Disney Company. The Disney Magic in South Jersey series is based off my personal experiences.

It’s no surprise that South Jersey families love all things Disney. I mean, we even have our own “Jersey Week” (the week of the NJEA teacher’s convention) in Walt Disney World, so that has to carry some weight, right? As far as I know, it’s not an official week, but still, ask any adult living in New Jersey what “Jersey Week” is and I’m pretty sure they’ll know what you’re talking about. It’s a good thing! Ever since I visited the Walt Disney World Resort for the first time, in 1991 for my seventh birthday, I’ve been enthralled with the magic that Disney offers and the fact that it can be enjoyed by multiple generations of a family, for generations to come. Amazing, right? 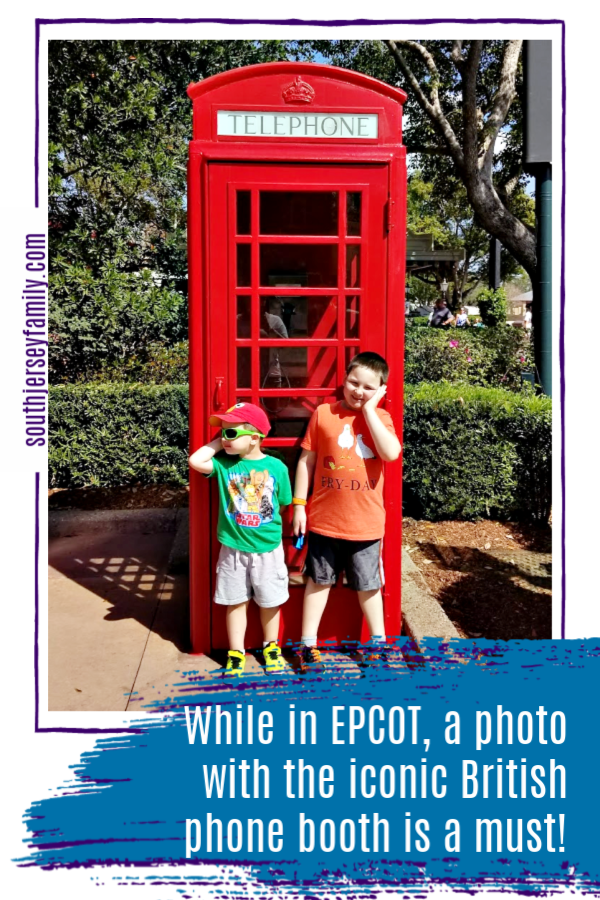 Since my first visit to Walt Disney World in 1991, I have returned back many many times. From then on, we’d visit “home” at least once a year for the next 15 years. In fact, less than a year after The Mister and I got married, we made the decision to uproot our lives and actually MOVE down to Central Florida. I know. I moved from my beloved New Jersey. It seemed like a good idea at the time, but we all know that we eventually moved back up to New Jersey (another story for another time). I am absolutely NOT saying that Central Florida is a bad place to live or that it’s a bad idea to move down there, but it just was not the right fit for us. I AM mentioning all this, however, so you know that there is credibility to my recommendations and reviews of places in both Florida and New Jersey.

Let’s get a move on. As this is the first in the “Disney Magic in South Jersey” series, there will be plenty of aspects covered in future articles, but we’re going to start with one of my favorites: the food. Along with scent, taste is one of the senses that has the ability to bring back a number of memories for me, so it’s no surprise that we’re starting this series off with ways to enjoy a bit of Disney food in South Jersey.

One of the most iconic snacks at both Disney World and Disneyland has to be Dole Whip. I mean, besides the Mickey Bar, ask me what I’d like to help me cool off from the Florida sun and I’ll tell you “dole whip.” I’m willing to bet I’m not the only one that feels this way! What was once a snack reserved only for a Disney vacation, though, can now be enjoyed in a variety of places. Now, this is not a comprehensive list at all. I mean, as much as I’d like to, I’m just not able to devote my days to finding local places offering Dole Whip, but I have found Dole Whip in THREE places (count ’em – three!) in South Jersey! SCORE! 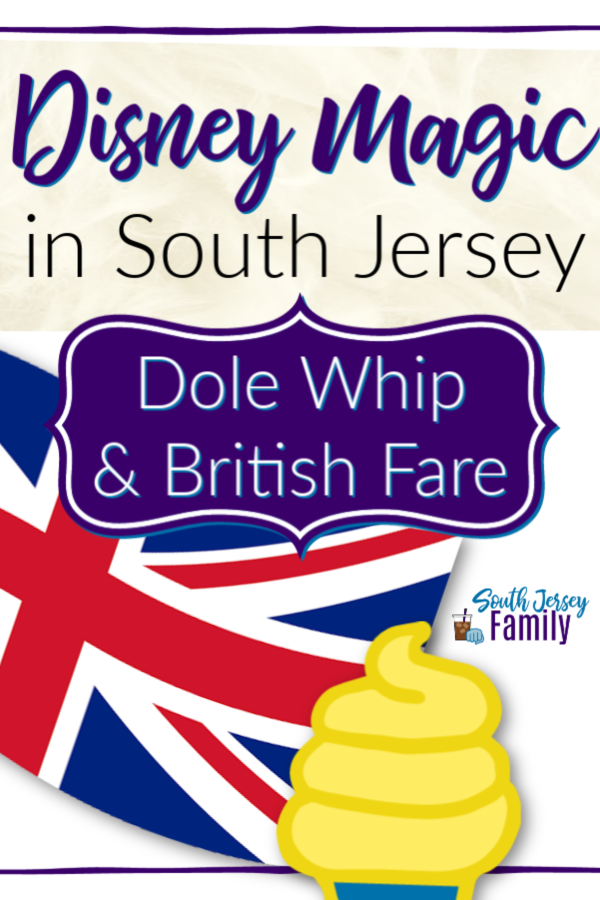 Aloha Soft Serve, locally owned and located on the boardwalk of my beloved Ocean City, is one place that you can enjoy Dole Whip during the summer months. In addition to Dole Whip, they also offer gelati, water ice, milkshakes, and hand-dipped ice cream, but we all know what I’m asking for when I visit Aloha Soft Serve: Pineapple Dole Whip!

Peachwave Frozen Yogurt, open year-round in Mount Laurel, NJ is definitely the most convenient place to enjoy Dole Whip for my family. They will always have Pineapple Dole Whip available, but could also have strawberry lemonade (delish!), pineapple kiwi, raspberry lemonade, limeade, raspberry watermelon, and raspberry pomegranate Dole Whip available. Did you just find out that there are more Dole Whip flavors than pineapple? Mind blown? You’re welcome. In addition to Dole Whip, Peachwave Frozen Yogurt also serves frozen yogurt and gelato. The owners of the Mount Laurel franchise are super nice and will take great care of you. Plus, if you’re looking for a unique birthday party, definitely check them out. We had a birthday party at Peachwave recently and I gotta say it was the most delicious party we’ve hosted so far! 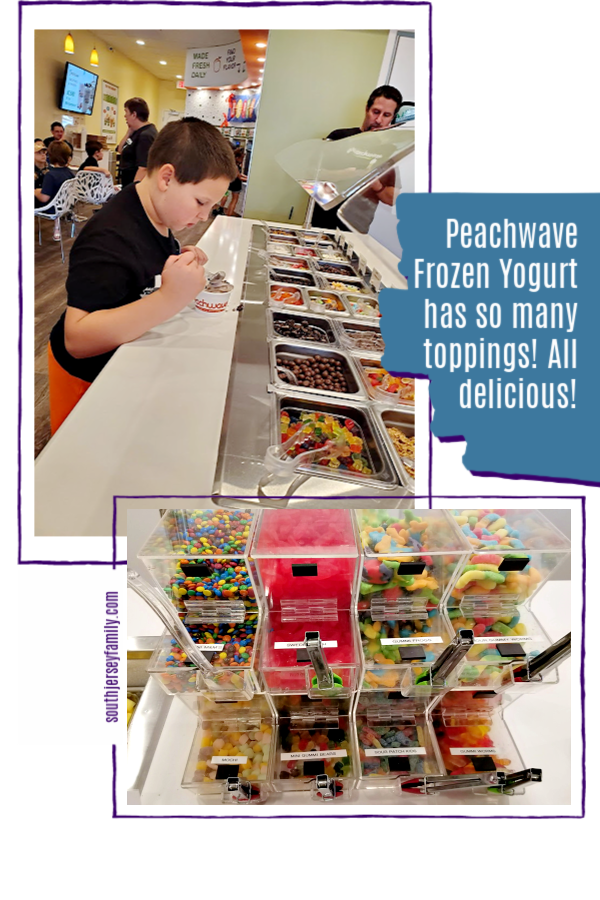 Six Flags Great Adventure, located in Jackson, NJ is another place to enjoy Dole Whip in South Jersey. You weren’t expecting this one, right?! The boys and I got Six Flags season passes this past year and I was super surprised to see one of my favorite frozen treats available inside the parks. To enjoy Dole Whip here, you will need admission to the park, but, between the rides and the treats, it’s totally worth it for us. If you are a Six Flags season pass holder or have a membership, I definitely recommend adding a dining pass to your pass/membership. It’s saved us a ton of money and we’ve had the option to enjoy Dole Whip during each of our visits! 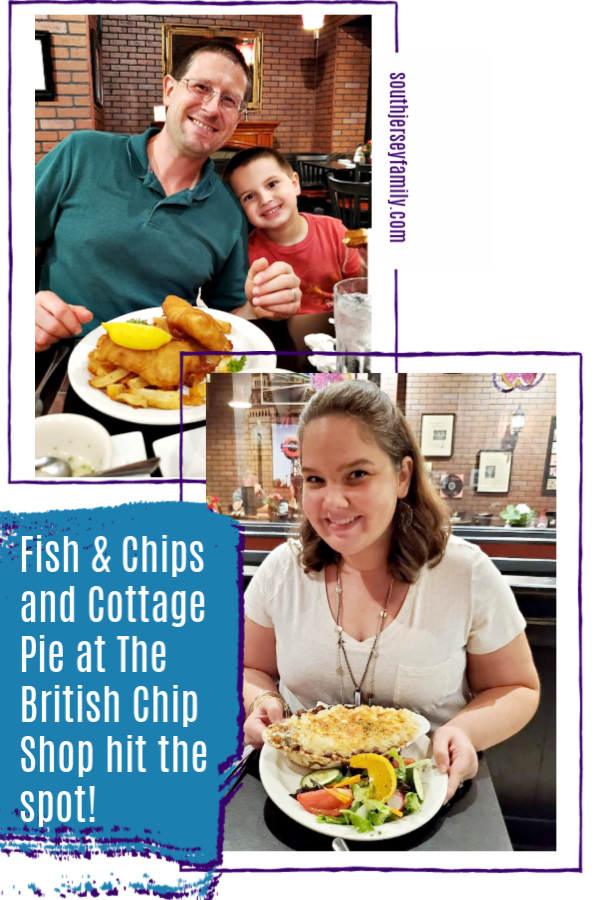 EPCOT always has, and always will, be my absolute most favorite Disney World Park. I love learning about all the different countries and customs and…eating their food (surprise, surprise). Since I’ve pretty much been a Beatles mega-fan since birth, it’s no wonder that the United Kingdom pavilion is my favorite. I could spend hours walking through their shops and, when I visit EPCOT, the very first thing I check on the map is the schedule for The British Revolution band that plays 30 minute sets of some pretty sweet tunes. In case you’re not aware, British food unfortunately has a reputation for being bland and not exactly interesting. DO NOT let this scare you away, though, because there is a locally-owned British restaurant in downtown Haddonfield, NJ that is sure to make your tastebuds happy. The British Chip Shop is the place to go when you’re craving something delicious. While you’re in the area, you might as well stop by The English Gardener Gift Shop for some shopping right across the street from The British Chip Shop. They offer a variety of products from clothing to food to souvenirs – it’s really a lot of fun to go walk around inside!

Well, that about wraps up the first article in the Disney Magic in South Jersey series. What did you think? Are you counting down the days to your next Walt Disney World vacation just like we are? How would YOU like to enjoy some Disney magic in South Jersey? Let us know if you have any suggestions or thoughts – we’d love your input! Stay tuned for our next article!